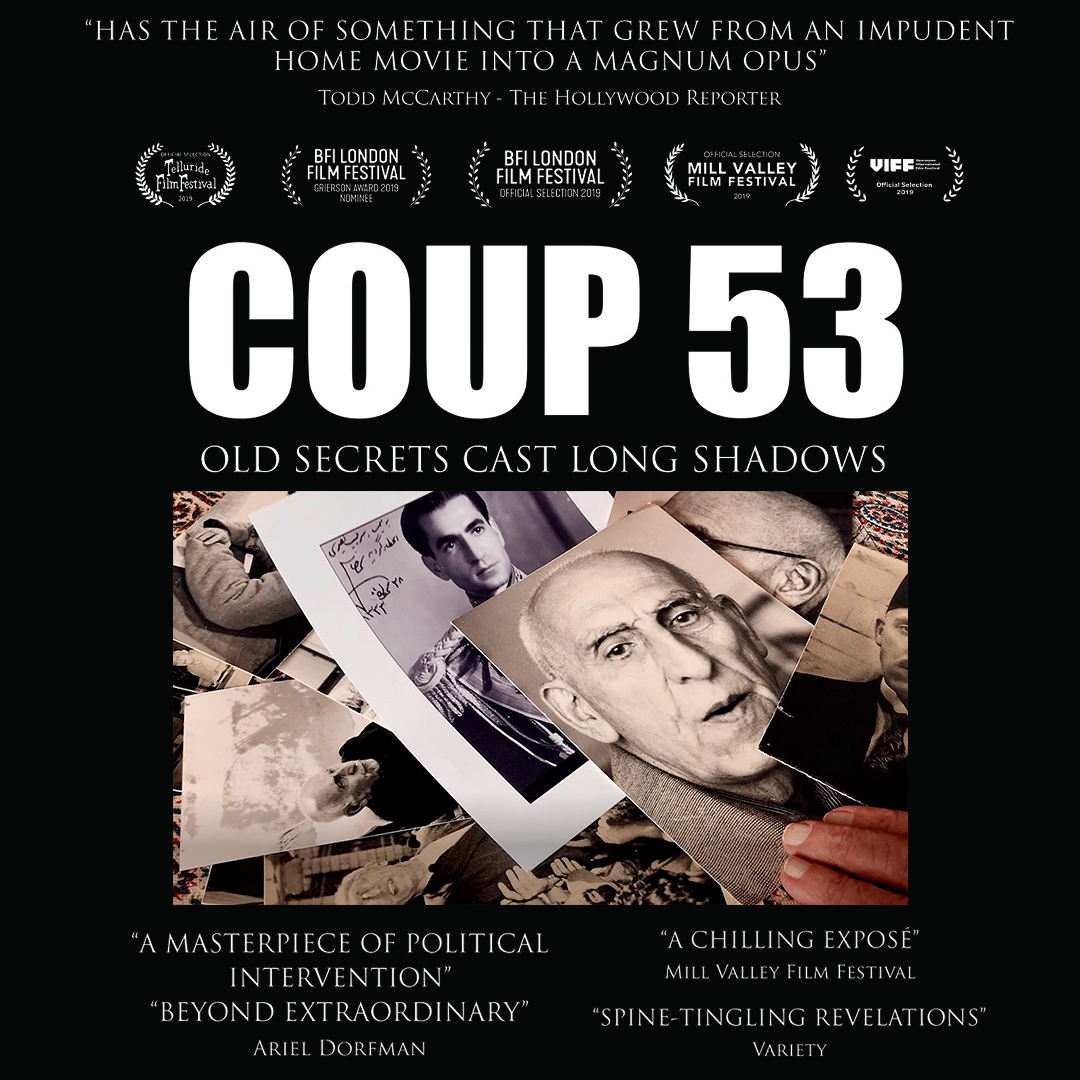 Ten years in the making, Iranian director Taghi Amirani’s feature debut film is a fascinating investigation into the 1953 Anglo-American coup d’état in Iran that displaced democratically elected prime minister Mohammad Mosaddegh and installed Mohammad Reza Pahlavi as Shah, turning Iran into a despotic monarchy. Tracing the coup from the events leading up to it through its aftermath, Amirani and editor and co-writer Walter Murch (Apocalypse Now, The Godfather) uncover a wealth of secrets held for over 60 years discovered in a trove of documents and film obtained from the British Film Institute (BFI). Assembling never-before-seen archival footage, animation, and interviews with witnesses on both sides of the conflict, Coup 53 presents a chilling exposé of one of the first covert actions by the US and UK to overthrow a sitting government in order to protect “national interests” at the expense of what could have been the largest democracy in the Middle East. In Italian, English, and Persian with English subtitles. Not Rated. Director: Taghi Amirani (UK/Iran 2020) 118 min.

INCLUDED WITH THIS SCREENING is a special pre-recorded conversation with Ralph Fiennes, Walter Murch and director Taghi Amirani, moderated by Michael Moore.